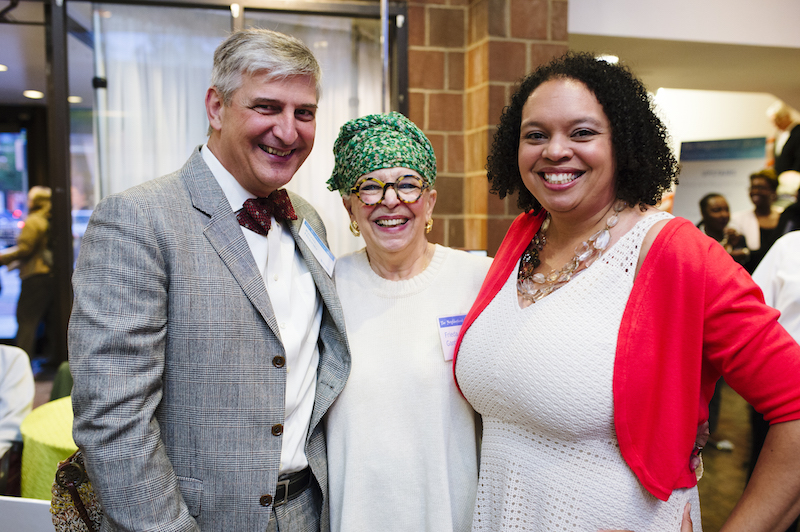 Boston, Mass. – On Tuesday, June 2 from 6:00-9:00pm, United South End Settlements (USES) hosted The Neighborhood Gala at the Harriet Tubman House in Boston’s South End. The evening raised over $220,000 and celebrated USES’ programs, services, and impact. Over 250 supporters attended, bringing with them incredible energy and excitement for the work that USES does each and every day to help our neighbors achieve success at every stage of life.

USES’ President & CEO Maicharia Z. Weir Lytle shares, “this event was about so much more than just the money that we raised tonight. It was about seeing our neighbors in action. In a neighborhood where there is a growing wealth disparity – a quarter of South End and Lower Roxbury residents live in subsidized housing – it is so important that we build an inclusive place where neighbors come together to elevate the community.”

The program for the evening featured a very special performance, “U.S.E.S.” written to the tune of the Village People’s YMCA and performed by USES’s Platinum Singers, as well as a parent testimony about the importance of USES in providing high quality, affordable Early Childhood Education for her son. Friends and neighbors posed with fun props at a photo booth, participated in South End trivia, and enjoyed food from a dozen of the South End’s best restaurants: Above and Beyond Catering, Aquitaine, Barcelona Wine Bar, The Butcher Shop, El Centro, Estelle’s, Five Horses Tavern, Haley House Café, House of Siam, Mela, Petit Robert Bistro, and Stella, as well as beverages from Harpoon Brewery, Horizon Beverage, and David’s Tea. 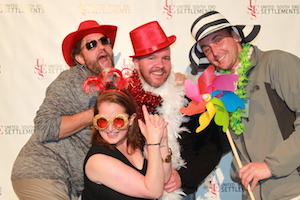 “The trivia was a new addition this year, and it appeared that the facts came as a surprise to many who participated, even for some long-time residents,” says Carl Long, board member and co-chair of The Neighborhood Gala host committee. “36% of children in the South End and Lower Roxbury are experiencing poverty. That number is unacceptable, and it motivates me to be active as both a volunteer and a donor.”

Long continues, “On Tuesday night, I saw the settlement house philosophy in action, neighbors helping neighbors.  I am so pleased to have achieved our fundraising goal, but even more so, I am proud of my community for coming together to make a difference in the lives of those USES serves.  It is that spirit that makes the South End such an amazing place to live, work, raise a family, or visit.”

USES has long been the “living room” for our community – a place where all residents can come together to continue their education, build a collective voice, and receive the support they need to elevate themselves and each other. “It was an honor to receive the torch from Kevin Hepner and Frieda Garcia on Tuesday,” says Weir Lytle. “As two of USES’ previous leaders, they have done such incredible work in building this community and organization. I am excited to build off the momentum they have created.”

The Neighborhood Gala generated critical revenue for USES to continue its work in early childhood education, out of school time programming, family and community engagement, workforce readiness, and senior services.

“Several people said to me, ‘I would like to volunteer and be involved somehow,’” says Chris Cato, USES board member and lifelong South End resident. “This event raised funds, friends, and promise for the future! Tuesday night, the South End was truly united!”

For generations, the South End and Lower Roxbury community has been home to families of all backgrounds, a refuge for the city’s artistic soul, and at the forefront of opening doors for residents and guests regardless of their sexual orientation, class or religion. United South End Settlements (USES) was founded in 1891 as the first settlement house in Boston when members of the community committed to ensuring that all residents had what they needed to move forward. This was the beginning of the early social justice movement

USES is a “living room” for our community – a place where all residents can come together to continue their education, build a collective voice, and receive the support they need elevate themselves and each other.