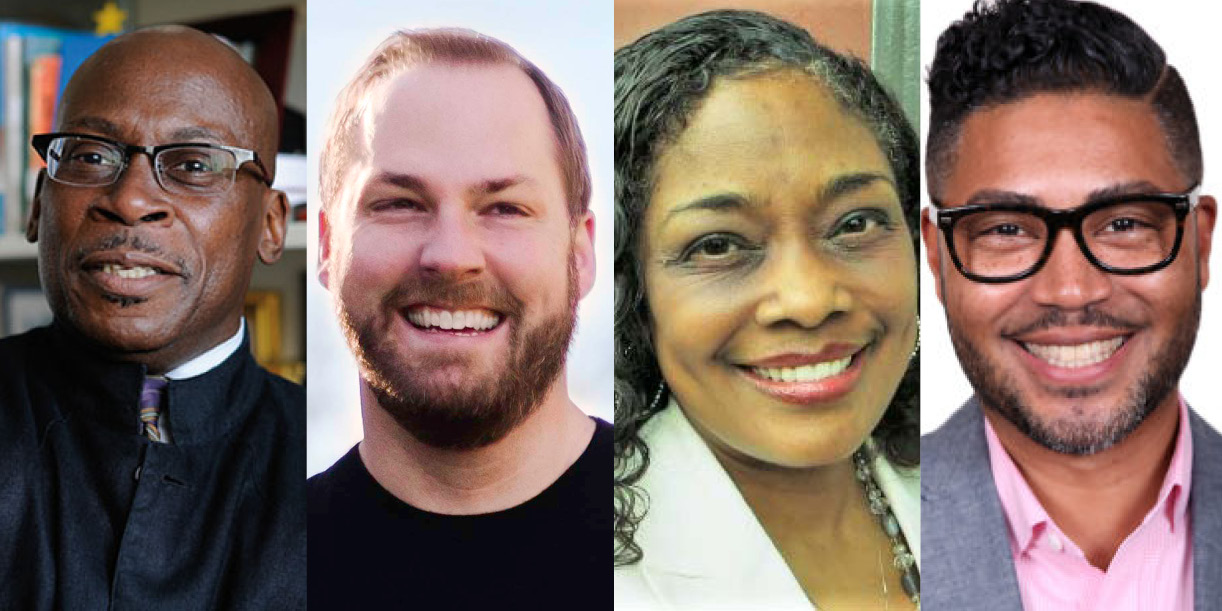 For 127 years, USES has served families and communities in the South End and surrounding Boston areas; its mission is to harness the power of its diverse community to disrupt the cycle of poverty for children and their families. USES’s new strategic plan, Vision125, includes further expanding and enhancing programs to increase access, engagement and impact for families and communities to achieve economic mobility. The plan also includes rebuilding a new Harriet Tubman House at its 48 Rutland Street location, creating a comprehensive campus for programs with community space for the neighborhood.

With support from the Board, which is 40 percent people of color, 50 percent South End residents, and includes USES parents and alumni, USES President and CEO, Maicharia Weir Lytle, is leading the Vision125 initiative. “We’re very excited to welcome these new board members whose diverse experiences and perspectives will be invaluable,” said Weir Lytle. “Their insights and thoughtfulness will help us in implementing our five-year strategic plan, including our new two-generation approach to our programs, supporting children as well as their parents/caregivers so that the whole family can thrive.”

“Our commitment to USES families and our community is steadfast; it is shared by all of our board members, including our newest additions,” said USES Board Chair Julia Johannsen. “We’re thrilled to have five outstanding individuals join us in our work, helping to ensure that this long-standing organization continues to be a critical, vibrant part of the city of Boston for many years to come.”

Gary Bailey, a Professor of Practice for over 20 years at Simmons College School of Social Work and Simmons School of Nursing and Health Services, works extensively on the Dynamics of Racism and Oppression sequence. Both in and outside of the classroom, he holds an impressive track record of wins for the social work community. In 2010, Gary became the first person of color to stand as the President of the International Federation of Social Workers. Gary’s involvement doesn’t stop there, in 2010 he was appointed to the Council of Social Work Education Global Commission (CSWE) and previously served as the president of the North American region of the International Federation of Social Workers. In addition to his time as part of the Social Work field, he serves on the Gay and Lesbian Advocates and Defenders (GLAD) Board of Ambassadors, the AIDS Action Advisory Council, the boards for Governance and Facilities for Fenway High School in Boston and as a Trustee of the Union United Methodist Church (UUMC) in Boston.

Gretchen Cook-Anderson is an award-winning international education marketing leader. Her work has been widely recognized by awards such as the 2018 Multicultural Alumni Partnership (MAP) Achievement Award, the IES Abroad Achievement Award and the Excellence in Diversity & Inclusion in International Education (EDIIE) Award. As a standout leader over the past 24 years, Gretchen has served as the Associate Director for Howard University International Affairs Center, Project Manager for the Discovery Channel and a Senior Writer/Editor as well as the Senior Public Affairs Officer for NASA Goddard Space Flight Center and NASA. Gretchen studied abroad in Japan during college with her current company IES Abroad. Over the past eight years, she has given over 50 session presentations at numerous conferences on behalf of IES. Since joining IES in the spring of 2011, she has assisted in increasing the diversity of student participation by over 96%. With a bachelor’s degree in Political Science and Government from Spelman College and her master’s degree in International Economics and Japanese Studies, she is well versed in the world of academia.

Kevin Koslosky is an investment professional with an extensive portfolio of working with top financial companies for over 10 years. Kevin ties his roots back to Cambridge where he attended Harvard University as a division one athlete. Upon graduating from Harvard with a degree in Economics in 2007, he left Boston for New York City to work with Goldman Sachs as an Investment Banking Analyst for approximately two years before returning to Boston in the summer of 2009. Upon his return from New York, Kevin accepted as position as an Associate with Berkshire Partners where he worked for two more years before accepting a position as Principal at KKR in New York City. In October of 2013, he accepted his current position as an Investment Analyst at Finepoint Capital in Boston.

Imari Paris Jeffries has been a part of the nonprofit scene for the past 18 years. Starting out as a Program Director for Bell in 1997, he built a foundation on transforming the lives of children living in under-resourced, urban communities. Following his time at Bell, he worked as the Director of Programs/COO of Massachusetts Service Alliance, promoting volunteerism through investing in public and private organizations on a local level. Over the next nine years, Imari held numerous positions such as, Executive Director at Friends of the Children-Boston, Interim CEO/Partner at Boston Rising, Director-Cofounder Community Fellows Program at Institute for Nonprofit Practice and as SVP Field Management/COO at Jumpstart. Imari has also served as the CEO at Italian Home for Children and as an Independent Consultant. Currently, he is a PhD student at the University of Massachusetts Boston, where he also earned his BA, MA and MEd. Imari is committed to exemplifying his passion for giving back by volunteering in his personal time. Over the years, he has served as a Board Member for the Governors Black Advisory Commission, a member of the Board of Directors for the Massachusetts Council of Human Service Providers, Inc., a board member for the Appalachian Mountain Club and currently, as a member of the Board of Trustees for the University of Massachusetts.

Patrick Planeta is a Boston based interior designer, well known for his work in innovative design solutions that implement client vision and desire. Graduating Magna Cum Laude from Wentworth Institute of Technology with a Bachelor of Science degree, Patrick became a standout Senior Associate/Senior Designer at CBT Architects where he worked prior to and following graduation. After much recognition for his dedication to his work at CBT Architects for 12 years, Patrick founded his own company, Planeta Design Group LLC. For the past 12 years, Planeta Design Group LLC has been highly praised, and he has been recognized individually as well. In New England Homes’ ‘5 Under 40,’ Patrick was named as “the hottest emerging talent in residential design in New England.” In addition to running Planeta Design Group LLC, he also served on the Board of Directors of Artists for Humanity in South Boston and as a part of the team building the “Creative Industries Epicenter.” Aside from working and serving on numerous boards, Patrick enjoys spending time volunteering at various charities and art-related philanthropic events.

United South End Settlements (USES) offers programs that holistically support families in achieving economic mobility. We help parents and caregivers develop their own capacity to reach their goals, increase their income and assets and connect with new networks of people through one-on-one coaching and a workforce development program, which prepares participants for administrative work as a first step on a career pathway. For children and youth, we provide quality education and enrichment opportunities that foster personal development and social-emotional skills such as perseverance, communication, teamwork and problem-solving. Each summer, USES’s Camp Hale serves over 225 boys and girls, ages 6-17 years, with the goal of improving their sense of well-being, social skills and awareness of personal potential. We believe that as families increase their income and assets, become more resilient and connect to a diverse network, they and their children are more likely to develop the necessary skills to disrupt the cycle of poverty. For more information about USES, please visit www.uses.org.