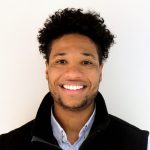 Richard joined USES as the Assistant Director of Camp Hale in March 2018. Prior to joining Camp full-time, Richard served as a Case Manager for Big Sister Big Brother in Brockton. Richard has a long history with United South End Settlements, first as a camper at Camp Hale in 2006. Because of Camp Hale’s strong leadership development program, Richard has moved up the leadership ranks and became a Leader in Training in 2008, a Counselor in Training in 2010, a Counselor for 2012, and then Program Director at Camp Hale in the summer of 2014. He has also worked at USES’s after-school program, club48. Richard graduated from Wheelock College with a degree in Juvenile Justice and Youth Advocacy in May of 2016. His favorite part about Camp Hale is sitting around the fire while singing songs with all the campers and staff.