After three years of major construction, Camp Hale’s facilities finally match the quality of its programs. The completion of the Master Plan has secured Camp’s impact and environment for future generations, and we are so grateful for our Boston and Squam neighbors who made it possible. To see and learn about the newly renovated campus, click here!

Camp Hale transforms youth into resilient leaders as they discover the wonders of nature, build a diverse community, and embrace challenging experiences. 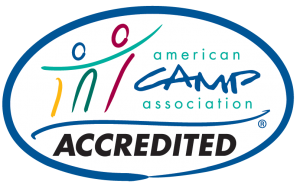 Creating generations of leaders through the wonders of Squam Lake

Camp Hale alumnus Arthur Gajarsa was born in Italy and immigrated with his family to Boston’s South End in the 1940s. Now a Holderness resident, he first landed on Squam as a camper in 1950 at age nine. “It took us six hours to get from Boston to camp – a train from North Station to Meredith, a bus to Ashland, and then a boat ride across Big and Little Squam to Sandwich Bay.”

From camper to counselor, Judge Gajarsa returned to camp for another 11 years. “Most of us Camp Halers grew up at camp and not in the city. Like today, the Camp Hale director connected with us year-round in Boston – my camp director Joe Collins instilled a sense of camaraderie, confidence, hard work, and a love for camp, the mountains, and Squam.”  After Judge Gajarsa “graduated” from Camp Hale, he often returned to Squam as he built a legal career that took him from private practice in Washington, D.C to various federal departments to a position on the US Court of Appeals for the Federal Circuit. He and his wife Melanie camped at Squam on their honeymoon. They brought their five children to Rockywold Deephaven Camps in the summers. And, fulfilling a dream he had as a camper, they built a home on the lake. “Our daughters were married on Church Island. All our family reunions occur here. We raised our family in D.C., but Squam is our spiritual home.”

Martiza, now a counselor, began her journey at Camp Hale as a camper in 2012, the first summer of girls’ camp.  Over the past six years, she has transformed into a strong leader who is setting the tone for the next generation of campers.  Maritza attends Curry College as a biology major and is preparing for her senior year of studies.  The skills she has gained at Camp Hale – resilience, confidence, and the ability to connect with individuals from a range of backgrounds – will serve her well, wherever her career takes her.

This institution is an equal opportunity provider.

The mission of United South End Settlements is to harness the power of our diverse community to disrupt the cycle of poverty for children and their families.