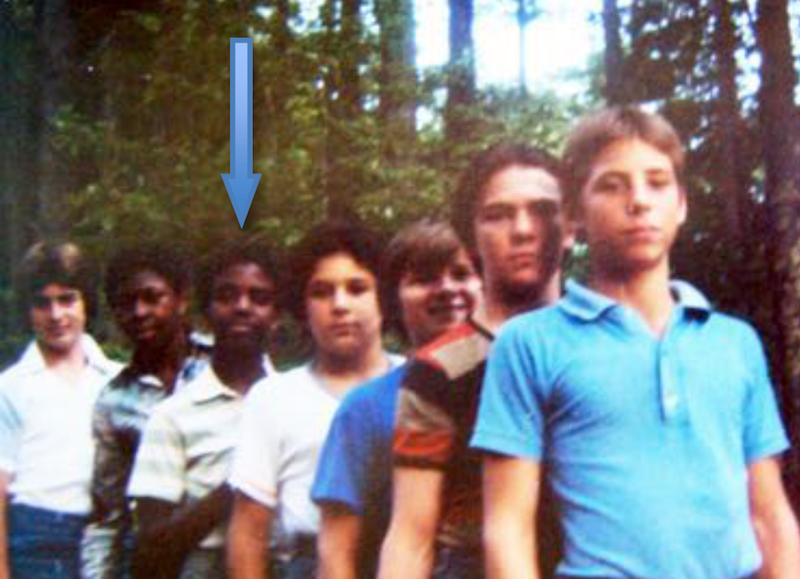 My name is Robert Harrell and I’m an actor from Boston now living and working between Los Angeles, CA and Sydney, Australia. I can honestly say that if it weren’t for Camp Hale, I probably wouldn’t be alive today. 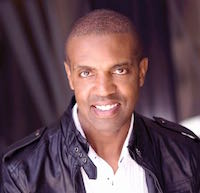 I was born and raised in the Cathedral housing projects of Boston’s South End. My childhood was fairly normal and happy from my perspective despite losing my father to drugs and alcohol when I was very young. My mother worked full time during the day and went to school at night, so I had a lot of idle time on my hands.

Now I was not one of the cool, tough or popular kids by any stretch of the word, in fact I got nicknamed Weird Harrell after one of the Cosby Kids by a neighbor that was considered cool. Unfortunately, it stuck.

Despite being a nerd who wasn’t accepted by the cool kids, I had a felony arrest before I was even in the third grade. The fact of the matter was that the odds of just being in the wrong place at the wrong time were extremely high for me. I’m sure my mother knew this and as summer was approaching, which translated into three months of unsupervised Mondays through Fridays plus weekends. I’m sure she was very nervous.

That was when I heard about Camp Hale. My mother got the flyer from the Salvation Army Boy’s Club. I remember laughing at where the camp was located.

Center Sandwich New Hampshire? Really? I still find it funny to this day.

To this point in my life I had never really been out of my neighborhood let alone the state, but off I went. The drive was more than 2 hours and at some point there was nothing to look at but trees on either side of the road.

I can remember thinking for a minute that my mom had enough and shipped me off to live out my life in the wilderness. I felt a sense of relief when we arrived at camp. We all piled off the busses with all our bags and suitcases, and were greeted by the camp counselors whom all introduced themselves as Mr. So and So. 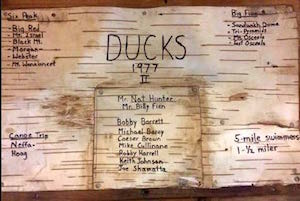 Then we were split into cabins, which were all named after animals like “The Foxes, The Beavers, and The Ducks.”

I was in the Ducks and Mr. Nat was the name of my first counselor. He was really cool. All of them were great, and as a matter of fact and some of them I still call friends, like Mr. Jake aka Steve Jacobs, Mr. Chris aka Chris Cato, and Mr. Bill aka Billy Carriere.

That night all the newly formed cabins sat around the biggest camp fire I’d ever seen, which was based just across the lake from the foot of a mountain known as Little Red.

We all got to know one another as we sang songs and heard stories. The camp director, Mr. Dick, told us a ghost story of a great Native American chief that jumped from a cliff that could be seen on the nearby mountain, and his tombstone was located in the middle of the camp. This made for great incentive not to wander out of the cabins at night!

During the month I was there I learned archery, boating, canoeing, riflery, sailing, as well as climbed mountains, and hiked through miles of amazing wilderness. I learned to swim and made lifelong friendships.

I returned every summer until I was too old to go and then I came back to work as a kitchen aid. I remember having to wash pots big enough to sit in and cleaned up after what seemed like 100 kids three times a day. Still I wouldn’t trade those memories for all the money in the world.

I think that the one thing I learned from Camp Hale that has served me most, is to be open to new things and to not be afraid of dreaming big. To this day I can still remember sitting on top of a mountain so high that it seemed to touch the clouds. I looked out for miles and thought “Here I’m a kid from the hood sitting on top of a mountain in the middle of nowhere and I can do anything and everything I dream of.”

It was that dream that took me to Los Angeles to become an actor. That lead to traveling around Europe with my loving wife of 14 years, and eventually relocating to Sydney, Australia.

So here I am living on the other side of the world at age 51 doing something that I dreamed of doing as a kid. No, I’m not famous, rich, or well known, but I love what I do. I’ve worked on some great projects and have some amazing stories to tell.

Not bad for a kid from Cathedral. So, thanks Camp Hale. You’re truly a life saver.