To honor and celebrate Black History Month, we will be highlighting Moments in Black History at United South End Settlements throughout February. A version of the following appeared in the February 6, 2020 issue of The Bay State Banner:

In the Spirit of Harriet Tubman 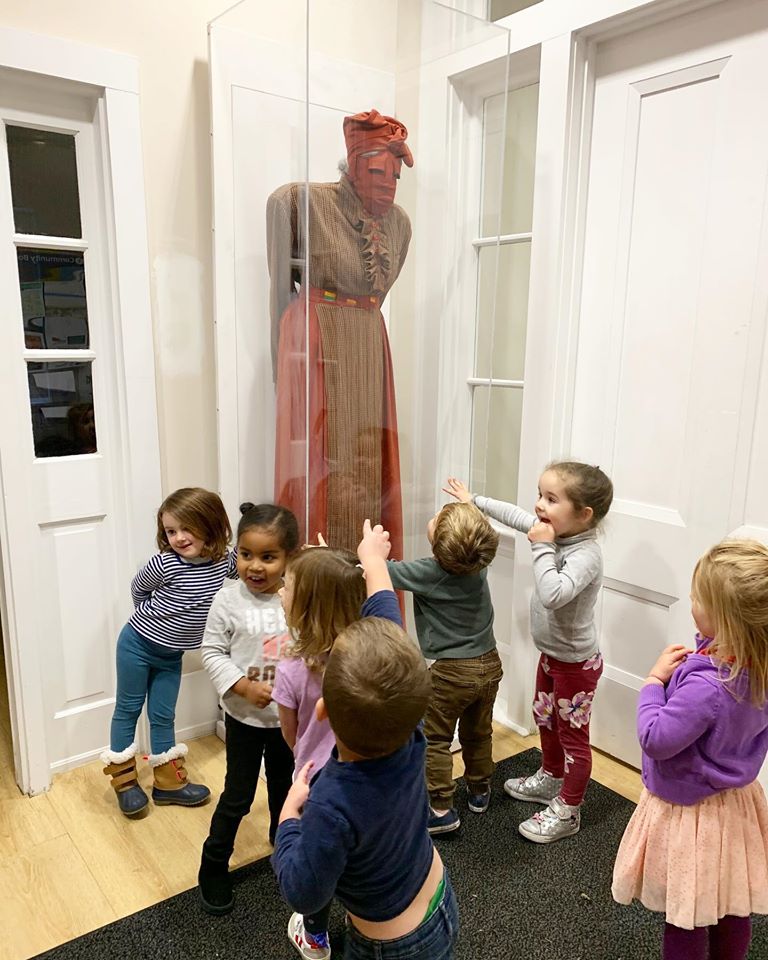 In November of last year, USES preschoolers welcomed “Let My People Go,” a soft sculpture of Harriet Tubman commissioned by USES in 1989, to the entrance of our 48 Rutland Street building.

United South End Settlements continues to keep the spirit of service, inspired by Harriet Tubman, alive with our mission to harness the power of our diverse community to disrupt the cycle of poverty for children and their families.

Harriet Tubman often traveled to Boston, an abolitionist stronghold, to raise funds to support her many causes to free her people from slavery. Called “The Moses of Her People” – Harriet was skilled at navigating the Underground Railroad – places where slaves were sheltered on their way to freedom. Massachusetts had hundreds of stops on the Railroad. Some of the more recognizable stops were Wayside House in Concord, MA where Louisa Alcott lived as a young girl with her family, as well as the Beacon Hill home of one-time fugitive slave, Lewis Hayden.

Harriet helped advocate and organize Black troops to fight for the Civil War, among them the Massachusetts 54th Regiment. She was a frequent visitor to Beacon Hill’s African Meeting House, the nation’s oldest standing Black church.

The installation of the Harriet Tubman Memorial, located at the intersection of Columbus Avenue and Pembroke Street, was championed and supported by Frida Garcia, long-time USES executive director and created by world-acclaimed Black artist, Fern Cunningham.

“Let My People Go” is a soft sculpture portrait of Harriet Tubman by artist Barbara Ward. It is displayed at the entrance of USES at 48 Rutland Street in Boston, MA.