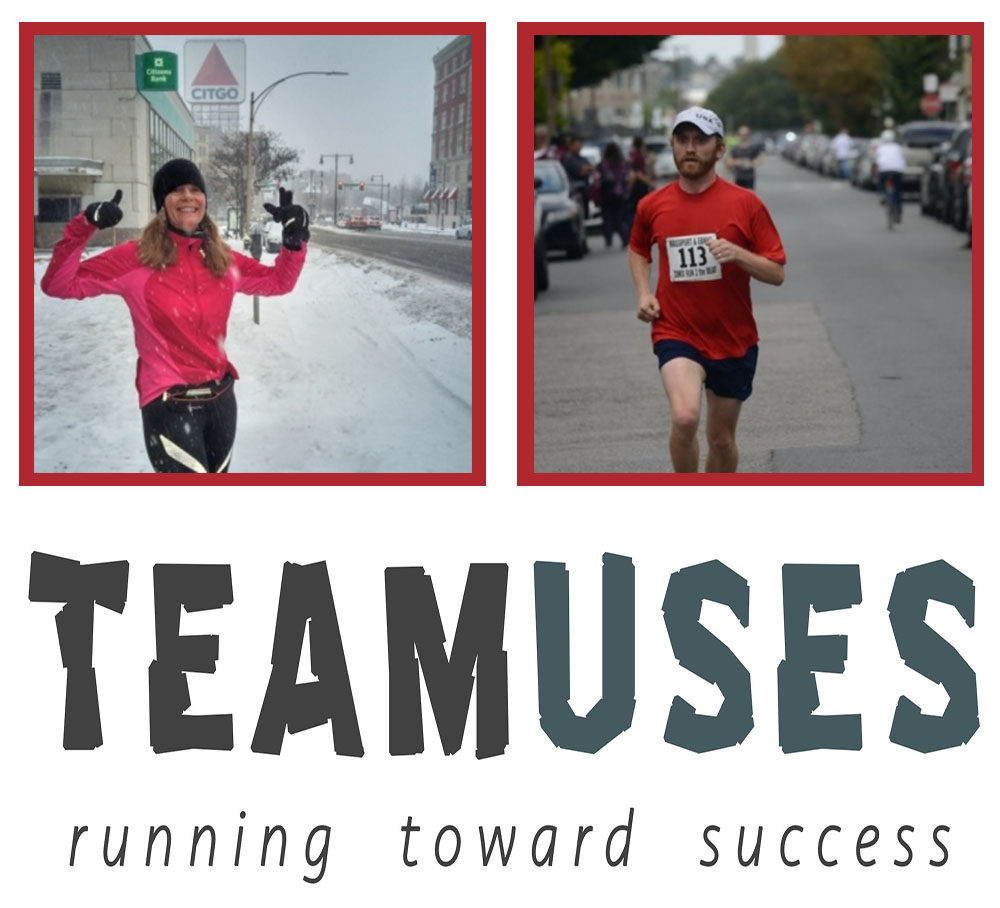 United South End Settlements is proud to announce our two Team USES runners for the 2017 Boston Marathon: Jana Eggers and Steve Holt! They are helping our neighbors “run toward success” by raising $22,500 for USES by race day on April 17, 2017. To support Team USES, visit our Boston Marathon fundraising page.

Steve Holt
Originally from Connecticut, Steve is now a resident of East Boston along with his wife and two kids (ages 10 and 3). As a freelance writer and journalist, Steve focuses primarily on food and nutrition. He’s run two marathons, but has yet to fulfill his dream of running Boston. Joining Team USES is making that dream come true!

Jana Eggers
Jana and her husband have lived in the South End since 2014, just a block away from USES. Originally from Arkansas, Jana is the CEO of Nara Logics, an artificial intelligence company focused on turning big data into smart actions. She began running in 2006 with her first triathlon and hasn’t stopped since.  Along with her husband, Jana is a 5x Ironman finisher and frequently competes in half marathons. This will be Jana’s second Boston Marathon.

USES is proud to be an official non-profit partner with John Hancock for the 2017 Boston Marathon. Welcome to the team, Steve and Jana!