Michelle, a Boston native and South End resident, joined USES in March 2014 when she enrolled in our Adult Basic Education (ABE) program. Last month, on January 19, 2017, at the age of 48, Michelle received her high school equivalent diploma.

Though Michelle had enjoyed going to school as a child, once she reached high school, her situation changed: learning became difficult and she was struggling to keep up with the material. “Teachers were not taking the time to explain how to do the work,” she shared. “I felt alone, discouraged, and isolated.” At age 16, Michelle dropped out of high school. At 17, she had her first child.

“Without a high school diploma, I struggled to find a decent job that would keep me and my growing family financially stable. I applied for public assistance and received money and food stamps for a number of years. Though this was an easy solution, I did not want this way of life to last forever. I knew I should try to get more education, but wanted to be sure that my daughter had a good education and the support that she needed first.”

It was only a few years later when Michelle gave birth to her second child that she decided something needed to change. “I realized I needed to go back to school, not only for me, but for my daughters. I wanted to lead by example.” At this point, Michelle was in her late twenties. She decided to enroll in a home builder’s program and successfully received a certificate from the City of Boston. She also took a first-time home buyer’s course and set herself on the path to achieve a long term goal of hers: being the first in her family to own a home.

These achievements helped Michelle build a better life for herself and her children, but she still hadn’t given up on earning a high school diploma: that is where USES comes in. When Michelle enrolled in the ABE program at USES in 2014, she said it was a major adjustment. “I had to re-learn all of the subjects. Since I was out of school for many years, the material did not come easily. But the teachers helped us build confidence. They always encouraged us and said we should never give up on ourselves.” 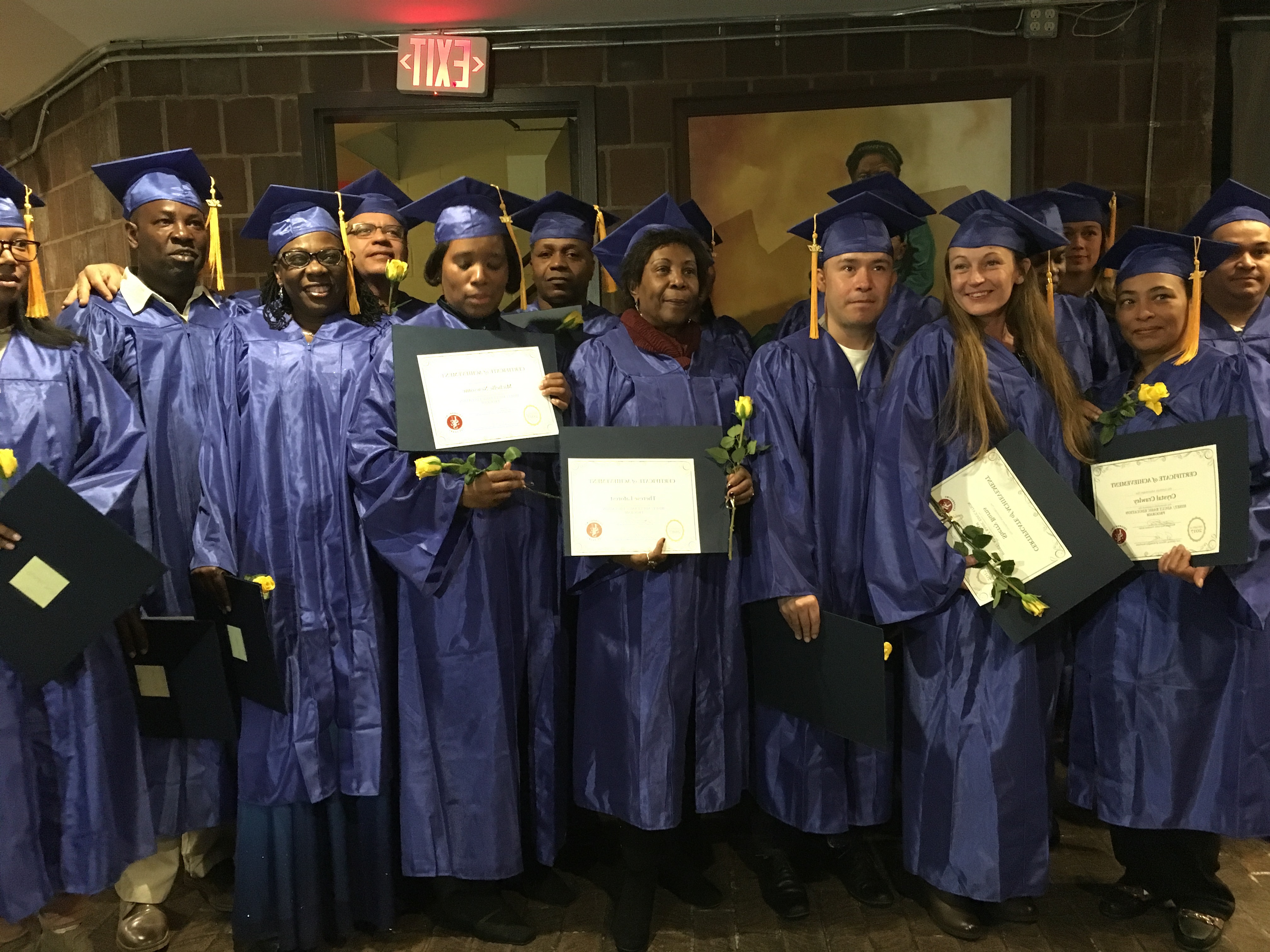 Three and a half years later, Michelle now holds a high school equivalent diploma and is aiming to attend the Benjamin Franklin Institute of Technology (BFIT), where she will pursue an Associate’s Degree in Auto Mechanics. “I am proud of this personal achievement and how far I have come. Although I faced many personal barriers, I now feel positive knowing what I want, and will work hard to achieve my goals.”

Congratulations, Michelle! We are proud to have been a part of your journey to success and we truly wish you the best.