What Is Fiber Art? Who Was Theresa India-Young? 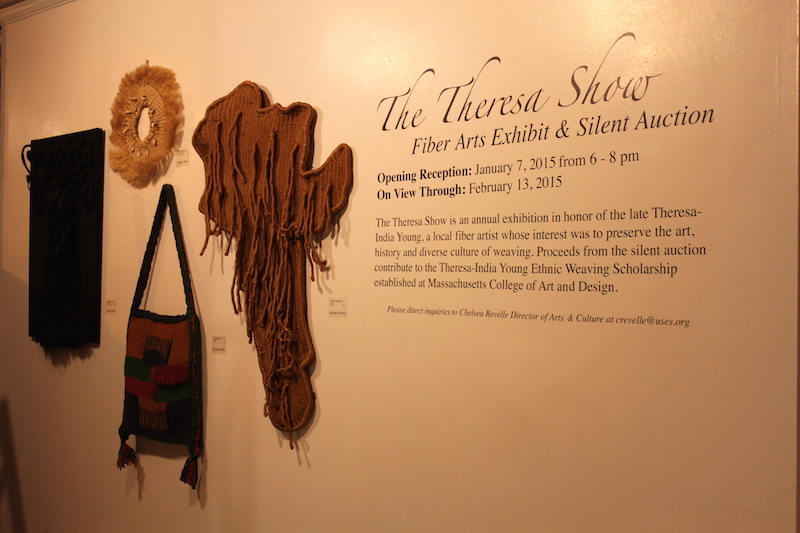 The Theresa Show, currently on display at the Harriet Tubman Gallery of United South End Settlements (USES), brings together a diversity of color, culture, and fiber. Founded in 2013, this annual exhibition celebrates the legacy and work of Theresa India-Young (1950-2008), fiber artist and long-time South End resident.

Fiber art is a dynamic and seemingly boundless art form. It utilizes materials ranging from cotton, silk, flax, and wool to tree bark, grass, and metal. Several participating artists described it as a tactile form. Some fiber art techniques include knitting, quilting, weaving, papermaking, and embroidery. Artist Beverly Arsem says that fiber art “has been a part of every culture and civilization on the earth, fulfilling both practical uses and representing ideas and beliefs.” 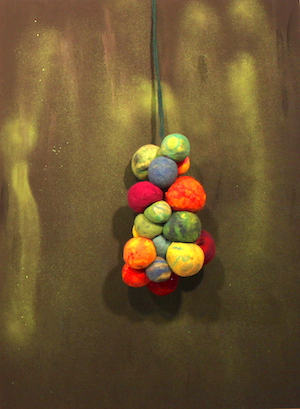 Participating artist Mary Geisser was drawn to fiber art, particularly wool, because “it has such a malleable nature and it can surprise you.” Geisser describes her work Bunches (pictured left) as “a conglomeration of small vessels which are felted and then sewn together. It plays with variations in color and there is a playfulness about it which is representative of my process.”

An art instructor and education consultant at the Museum of Fine Arts (MFA) and the Peabody Museum of Archaeology and Ethnology at Harvard University, India-Young also taught in the Creative Arts in Learning Program at Lesley University and co-founded the Kush Club, a former teen docent program partnered with the MFA and the Museum of the National Center for Afro-American Artists in Roxbury, MA. Her own artwork was primarily in the areas of Ethnic Weaving and Earthenware Ceramics.

A number of this year’s pieces mirror themes and techniques used in India-Young’s own prolific work. The Katchina Doll, a quilt by fiber artist Susan Thompson, “reflects the comprehensive and enduring study Theresa undertook on Native American life and culture,” says Jacqueline McRath, friend of India-Young and co-founder of The Theresa Show.

Elizabeth Belstraz’s From Healing Crisis to Wellness speaks to India-Young’s reverence for the diversity of culture and practice around the world in its portrayal of healing societies and rituals through fabric and paper designs. 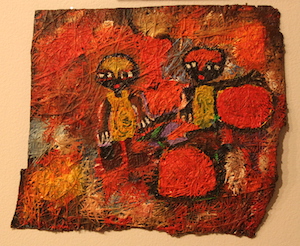 The show includes a silent auction with proceeds to benefit the Theresa-India Young Ethnic Weaving Scholarship at MassArt. The 2014 scholarship recipient was MassArt student Rachel Oswald. Her woven creation Aphrodite is on display in this year’s show.