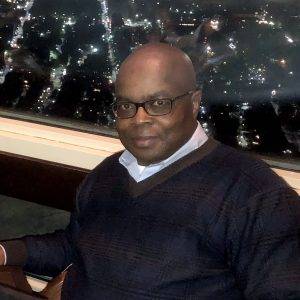 The South End today looks very different from the South End of my youth, where I grew up in the Cathedral Housing Projects in the 1960s. My mother worked at United South End Settlements, and as a result I had the pleasure of escaping the city every summer and attending Camp Hale, USES’s sleepaway camp on Squam Lake, New Hampshire.

I no longer call the South End home, but I recently walked through the neighborhood to pick up my daughter from the camp bus; we are a proud two-generation family of “Halers.” As I walked from Columbus Avenue to Shawmut Avenue, passing by 20 Union Park, I thought about the many times I visited the USES offices at that address while growing up, and the friends I encountered each time I walked there. At that time, I knew many of the families who lived in the homes I passed. Reflecting on these memories, it occurred to me that aside from school, without USES, I may not have known a circle of people beyond those who lived at Cathedral Projects.

Because of my involvement with USES and Camp Hale as a child, I was able to form friendships that have lasted a lifetime with people from all walks of life. The experiences and connections from camp exposed me to a range of possibilities. This was my real education and it gave me an edge over those who were imprisoned by seeing the world only from the culture that they were born into.

In 1974 I moved to Charlestown, where I had a front row seat to the racial hostility that engulfed that community during the court-ordered busing crisis in Boston. Nevertheless, in the face of the anger and hate-filled rhetoric that destroyed so many people around me, I continued to embrace the close friendships that I had made within the international South End neighborhood.

Love and acceptance for all of humanity is what I gained from growing up in the South End and USES played a major role in building these attributes in my personality. The lessons I learned from exposure to the diversity of the South End has given me confidence when confronted with ethnocentrism. I have been blessed with opportunities that I would never have encountered if I had embraced the poverty, crime, disparity and failure that was offered up to me throughout my childhood.

Today, USES and all the services they offer are at risk because of financial burdens the organization cannot support. It’s selling its property at 566 Columbus Avenue so it can survive and continue serving the community at its Rutland Street location. I can’t imagine the South End without USES. It serves more than 300 children and families each year from diverse communities and backgrounds, and roughly 70 percent pay reduced fee. There is tremendous value in bringing diverse communities of children and youth together where they can learn from and love each other. These experiences help our young people develop a multicultural lens that embraces differences – something sorely lacking in our country today.

The South End has the greatest wealth disparity among Boston neighborhoods and gentrification has displaced nearly everyone from the South End of my youth, yet there are many South End families who are unable to access quality early childhood education, after school enrichment or sleepaway summer camp on their own. In fact, approximately 36% of children in the South End live below the poverty line.

USES’s mission is to harness the power of our diverse community to disrupt the cycle of poverty for children and their families. I know firsthand how powerful a diverse community can be when it comes together. I support the sale of 566 Columbus Avenue because I want to see USES survive and thrive in service to future generations, including my daughter. I hope the South End community will unite in support of this critical mission.