United South End Settlements is proud to announce our two “Team USES” runners: for the 2018 Boston Marathon: Gareth Boone and Becca Bagdigian! They have each committed to raising $10,000 for USES by race day on April 16, 2018. To support Team USES, visit our CrowdRise Boston Marathon fundraising page. 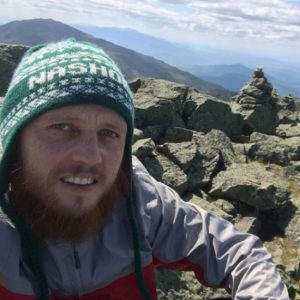 Gareth is originally from Welkom, South Africa, and has studied personal training and coaching in Pretoria. In 2012, he took a year off after graduation to work in America, which was his first introduction to Camp Hale as a summer counselor. It was here that he also found his love for working with children, and he went on to study child psychology at the University of South Africa. Gareth has worked at Camp Hale for another four years as Assistant Director and Waterfront Director. Gareth has always been active and wanted to challenge himself by running his first marathon while also keeping his strong connection with USES and Camp Hale through fundraising. 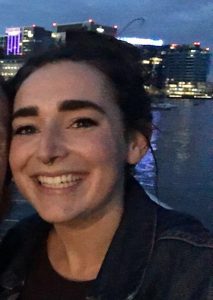 Originally from Stow, MA, Becca moved to Boston five years ago when she started studying Architectural Design at Massachusetts College of Art and Design (where she recently graduated!). She first got involved with United South End Settlements as a camp counselor with Camp Hale in 2014, and has returned every summer, most recently as Assistant Waterfront Director. In addition to Camp Hale, Becca has worked with club48, USES’s after school program and has volunteered at USES’s holiday dinners, the Neighborhood Gala, and the annual Haunted House. Becca ran the 2016 Boston Marathon for Team USES and she’s super excited to be back again this year!

USES is proud to be an official non-profit partner with John Hancock for the 2018 Boston Marathon. Welcome to the team, Gareth and Becca!